The Global Tax Agreement and its repercussions, North African perspectives and African mobilizations

On July 1, 2021, 130 countries agreed on a new framework to reform the rules of the international tax system within the OECD. The Global Tax Agreement, due to come into force in January 2023, is currently being implemented by signatory countries at the national level. This framework is based on two pillars reforming the system of taxation of multinationals, in particular in response to the challenges of taxation of income from the digitalization of the global economy.

What are the fundamental changes brought about by this global agreement on the principles of international tax governance? What impact will the application of this agreement have in Africa and particularly in North African countries with respect to their domestic revenues?

What are the criticisms and mobilizations of civil society in the countries of the South? What is the alternative of a global tax convention under the auspices of the United Nations?

The workshop organized in Tunis by the Tunisian Observatory of Economy (TOE) and the Tax Justice Network Africa, with the support of the International Lawyers Project trainers, proposes two days of training and exchanges on the Global Tax Agreement and its possible repercussions in order to discuss strategies and common advocacy among actors committed to tax justice in Africa and particularly in North Africa.

Addressed to civil society organizations, academics and journalists from the North African region, this workshop aims to provide participants with useful theoretical knowledge to develop a common understanding and analysis of the potential impacts of the Agreement in the different countries. Finally, this workshop offers participants the opportunity to reflect on existing and future mobilizations, in order to leave with concrete and impactful perspectives for action at the national, regional and continental levels. 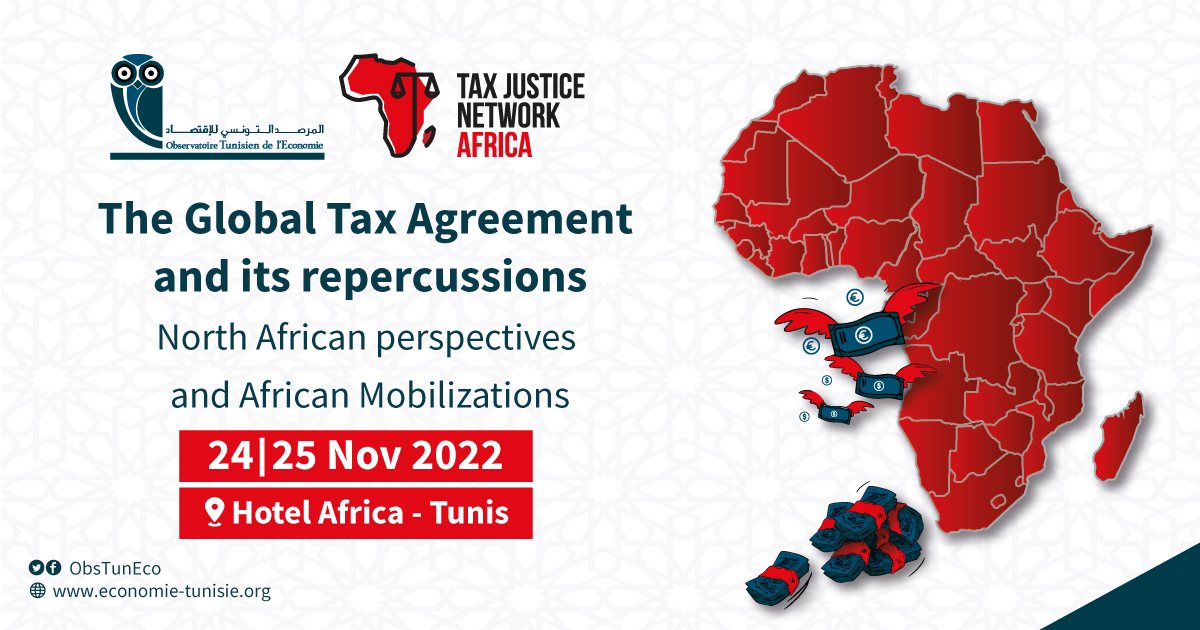